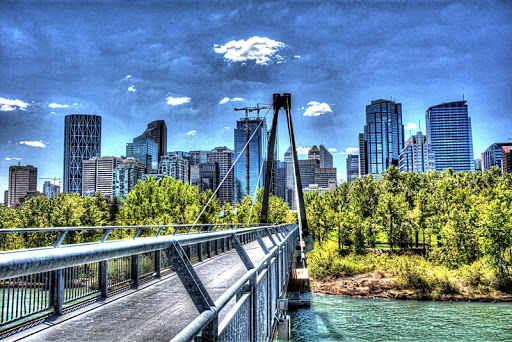 Canadian businesses are at a growing tax disadvantage vis-a-vis their U.S. counterparts and Tuesday`s federal budget did nothing to improve the situation, according to business leaders.

"A big worry is what wasn`t in the budget - and that is anything to improve Canada`s competitiveness relative to the United States on the tax reform front," said Dan Kelly, president, chief executive officer and chair of the Canadian Federation of Independent Business.

"We knew they weren`t going to do anything major there, but we were hoping that they might have started some form of a deduction for capital investments, as has happened in the U.S."

Recent tax cuts in the U.S. have poured billions of dollars into corporate coffers, putting businesses in a position to spend more money on wages, new technology or other capital upgrades.

Across the border, small business owners can deduct up to $1 million (U.S.) in capital or technology improvements in the year they are made, said Kelly. He said Canadian companies can claim only a fraction of that.

"As a small-business owner, your U.S. competitor is going to experience a much lighter tax touch than you will, and obviously, if you`re trying to compete, especially with the NAFTA uncertainty, that is not a good thing," Kelly said.

"I don`t think anyone expected the minister to rewrite the tax code overnight," Manley said in a statement.


"But this budget all but ignores Canada`s serious tax competitiveness challenges, sending an unfortunate signal to entrepreneurs and companies that are looking to invest and grow."

Business leaders were critical of a change that will result in higher taxes for small businesses earning more than $50,000 a year in income from so-called passive investments.

"The money is being used right now in one fashion or another. It may be perhaps in a real estate investment; it could be in a stock investment in the firm, so these passive investments are doing some good in the economy," said Kelly, adding that the tax change will cost his constituency $1 billion (Canadian) a year.

Advantages that some businesses can obtain when they pay certain dividends were also curtailed in the budget.

Bruce Ball, vice-president of tax for Chartered Professional Accountants Canada, said he was happy that the passive income change was a simpler solution compared with other options.

"At the same time, though, we still believe that they should look at taxation of passive income along with a number of other changes as part of a more general tax review," he said.

Retail Council of Canada spokesperson Karl Littler applauded the Liberals` decision to allow the Canada Revenue Agency to automatically enrol low-income workers for a tax refund that they previously had to sign up to receive.

"I like it from a social policy perspective, and it has some benefit to our members as well because it increases the disposal income of modest-income Canadians," Littler said.

He also praised the government`s investment in cybersecurity, which is a concern for retailers.