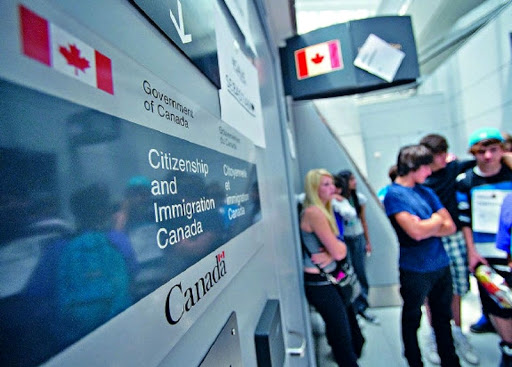 Raising Canada’s current annual intake of 300,000 immigrants could greatly help Canadians overcome the mounting challenges posed by an aging population and low birth rate, the Conference Board of Canada says.

“Our forecast suggests that the status quo would be best for improving real gross domestic product per capita, but would have the smallest impact on alleviating Canada’s economic and fiscal pressures,” it says in a new report, “450,000 Immigrants Annually?” released Monday.

“Immigration has a small effect on domestic workers. As such, it does not appear likely that higher levels would have an adverse impact on wages and employment rates in Canada.”

Using the country’s current yearly immigration level of 0.82 per cent of the population as the base, the study projected how higher intake percentages — 1 per cent and 1.11 per cent — would impact Canada’s population size, its population aged 65 and over, workers-per-retiree ratio, GDP, GDP per capita and health-care costs.