Benefits of Studying in Canada 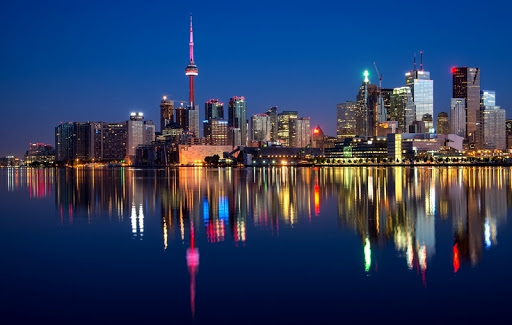 Canada has high academic standards and diligent quality controls in education. A Canadian degree, diploma or certificate is globally recognized and is considered on par with the qualifications obtained from the United States or Commonwealth countries. The country is one of the top education performers in the world and is the top OECD (Organisation for Economic Co-operation and Development) country in education spending. The education system in Canada consists of both publicly-funded and private schools which include community colleges, technical institutes, universities, university colleges, career colleges, language schools, secondary schools and summer camps.

Canada is a world leader in language training. It is a bilingual country which teaches French and English as a first and second language. These languages are an integral part of Canadian education. You will be able to improve your fluency and capacity for either language as you further your studies.

Canada and the United States both belong to the North American Free Trade Area. Both countries are pursuing the policy of immigration and the employment prospects of graduates are unlimited.

The cost of living and tuition fees for international students in Canada are generally lower when compared to the US, the UK, Australia and New Zealand. Canada is often the preferred choice for students attending college or university. The rates at the U.S. public universities were found to be almost 1/3 higher than fees for Bachelor's degrees in Canada, while U.S. private university fees were more than double.

Canada is one of the best places in the world to live. As an international student in Canada, you can enjoy all of the same freedoms which protect Canadians. The Canadian society respects human rights and equality, and it is stable and peaceful.

All Canadian campuses across the country feature the latest in technology with wireless hotspots, enabling online interactive learning experience for students. The campus facilities include Olympic-calibre sports facilities, concert halls,radio and newspapers. The Canadian universities and colleges typically feature the best mix of an academic and leisure lifestyle in an environment that facilitates immense opportunities to meet students from a varied international student pool.

Research is one of the key components of a Canadian post-secondary education. You will have enough opportunities to become a part of this dynamic aspect of education. In Canada, government and industry equally support research in sectors such as telecommunications, medicine, agriculture, computer technology, and environmental science.

Canada is a land of immigrants and is a unique melting pot of cultures. Canadian culture is very vibrant- with plenty of movies, music, books, food, fun entertainments- to make your life interesting. As part of this highly dynamic and hands-on academic environment, you will acquire knowledge and skills in analysis and communication. You will learn how to express yourself, demonstrate your creativity and enhance your self-confidence It is a land of immense possibilities and opportunities.